I’ve been planning new blogs for quite some time; then I keep taking new photos that will fit into them and the blog writing gets delayed. But two days ago, I saw such a cool natural event that I resolved to produce a blog quickly and here it is! 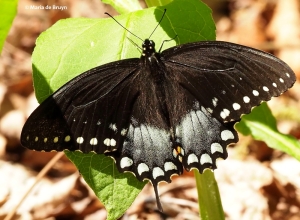 One welcome feature of springtime is that many insects emerge from their over-wintering spots. Some are bugs we dislike (mosquitoes, ticks and chiggers), but others are fascinating and wonderful members of our natural systems. Pollinators like this spicebush swallowtail (Papilio troilus) keep our gorgeous plants and important food crops going and many bugs provide other wildlife with meals.

On my trip to Costa Rica last year, our guide not only pointed out birds but also some mammals and insects. He had developed an interest in treehoppers, a group of insects with about 3200 species worldwide that specialize in eating plant sap. He was unable to find any to show me, but I resolved to keep an eye open for them when I returned home. I had forgotten that I had seen my first one the year before, a pretty green Ceresini species. 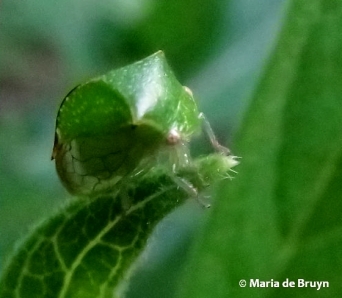 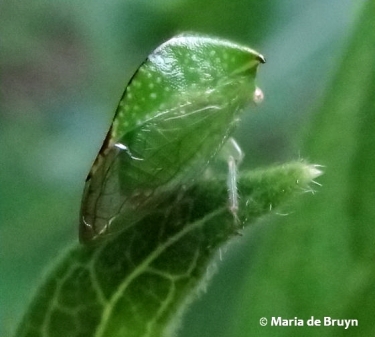 As I stared at plants during nature walks, I was lucky and managed to find my first treehoppers when I was actually looking for them. These were of a dark-colored species (Acutalis tartarea) that favors the sap of black locust trees, sunflowers, goldenrod and ragweeds. 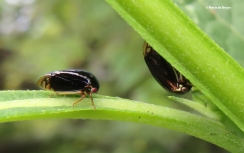 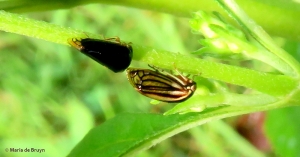 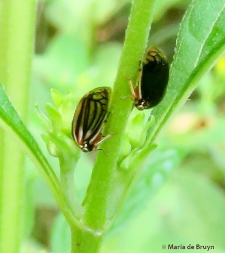 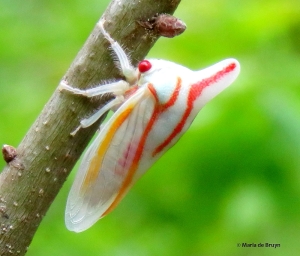 The treehoppers, which are related to leafhoppers and cicadas, are popular with some entomologists because many species have elaborate “helmets” at the top of their heads. I got to see my first example of this type on my recent walk when I happened to find a young oak tree with numerous nymphs and recently eclosed (emerged) adult oak treehoppers (Platycostis vittata). 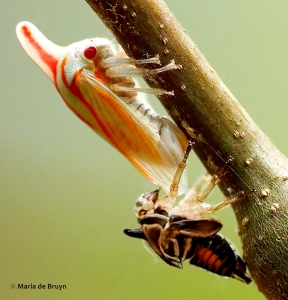 The mother treehopper is known for staying close to the nymphs to protect them against wasps and other predators. 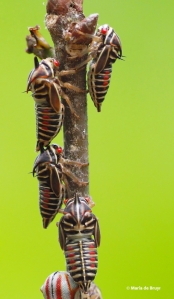 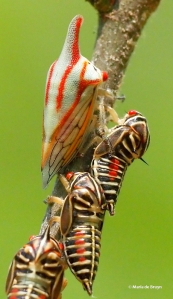 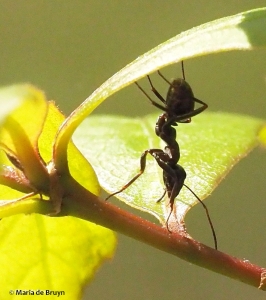 The honeydew attracts ants, which like the sugar-rich liquid, so the hoppers and ants have a mutually beneficial relationship. 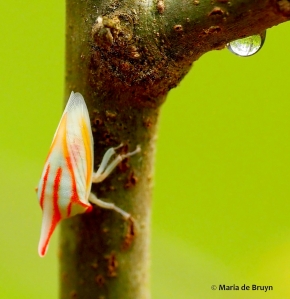 In various species, the pronotum has developed into a quite unusual and oddly shaped appendage; examples can be seen in this article. When the helmet resembles a plant thorn, it is thought to aid in camouflage. 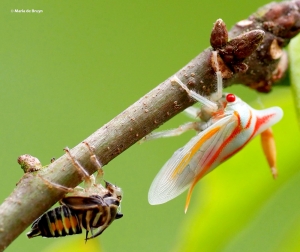 When I discovered the group of oak treehoppers, one was just in the process of emerging from its nymph form. A friend who saw the photo remarked that it reminded her of the film Alien but this process was slow and deliberate and not a heart-thumping explosive emergence as shown in the movie. 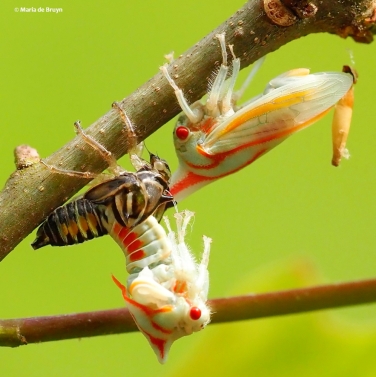 As you can see, the oak treehopper is quite a beautiful insect with its pristine white body decorated with pink/red stripes and hints of yellow. They made me think of mints and Candy Stripers (a sign of our times when almost anything makes me think of health and health-related concerns. For younger readers: young female volunteers who work under nurses’ supervision in hospitals used to wear pink and white striped smocks and thus got the name Candy Striper). 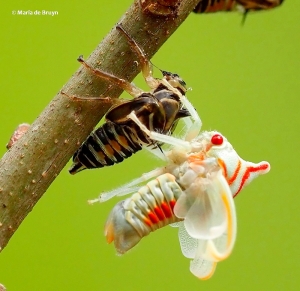 Not all the adults had the horned pronotum; some had rounded heads. 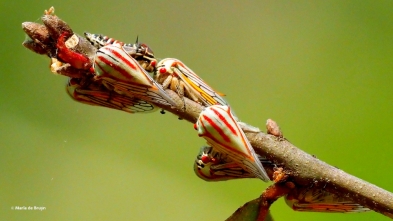 This close-up of a hopper’s face could evoke all kinds of thoughts. I thought it looked as if it had a pig’s snout. Another friend thought it looked like a grumpy old man. What do you think when you see this visage?

Or about this one, with its head upside down? (It looks a bit more “innocent”, don’t you think?) 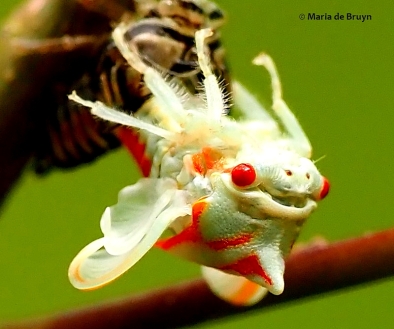 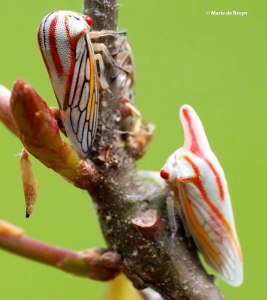 In any event, I found these insects just adorable and I felt very privileged to have had the chance to see them emerge into adulthood. It turns out that in this species, older individuals may change color, turning a dull brown or green color. Some mottled forms may be blue with yellowish spots. It would be interesting to see those forms as well one day – or perhaps one of the other treehoppers with a different fabulous helmet!I hope you, too, are able to get out in nature during these social distancing times so that you can connect with the wonderful wildlife around us! 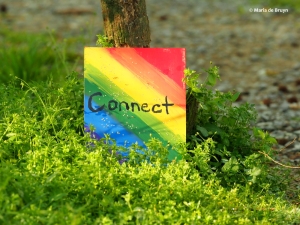 6 thoughts on “Hopping into springtime”