I don’t often get the chance to visit a farm (other than organized farm tours, which are a bit pricey and then might be crowded). Last year, I was invited to one during an annual llama shearing, which was educational. This year, however, I’ve had the chance to visit Braeburn Farm four times so far because the owner and manager have decided to make it a nature reserve as well as a cattle farm. Nick, the land manager, is a birder who is more than willing to share his knowledge with the visitors.

My first visit to this farmland/nature reserve was in the early spring to see Wilson’s snipes at one of the five ponds. By late June, these birds had moved on but the ponds were now harboring mallards (Anas platyrhynchos), red-winged blackbirds (Agelaius phoeniceus), belted kingfishers (Megaceryle alcyon) and killdeer (Charadrius vociferous). 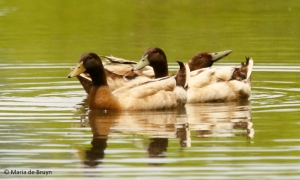 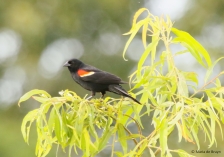 My quest to see green herons at one pond was unsuccessful, but my 20-minute walk there was accompanied by the non-stop screaming of a red-tailed hawk (Buteo jamaicensis), who called both from tree tops and the air as she circled overhead.

A non-native bird who might greet you as you come down the road near the farm manager’s home is a helmeted guineafowl (Numida meleagris), the sole survivor of a neighbor’s flock. This bird now comes to visit the domestic chickens (Gallus gallus domesticus) at Braeburn, perhaps seeking some companionship in addition to the easily available chicken feed. 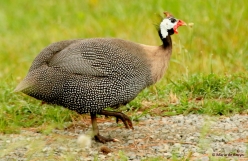 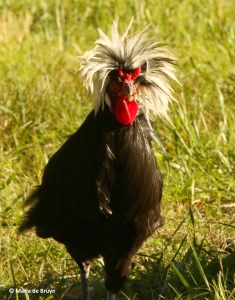 The farm chickens are in a large pen while other chickens run free, including one with a wild hairdo.

A trio of wild turkeys left the woods and entered a field during one of my visits but they were at a considerable distance; still, I could say I had seen them that day! The Eastern meadowlarks (Sturnella magna) have often been visible at a distance in the fields, but on my last visit I saw one a bit closer on a fence post, giving me the chance to enjoy its beautiful plumage. 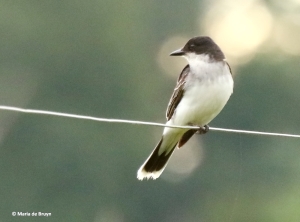 Eastern kingbirds (Tyrannus tyrannus) can be seen in many of the fields and on wires. They take advantage of the ponds to snag dragonfly meals and the dry grasses provide materials for nests. 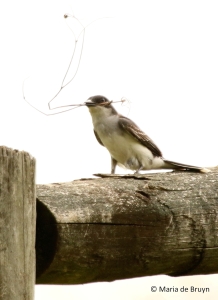 They also pose very prettily on the shrubbery! 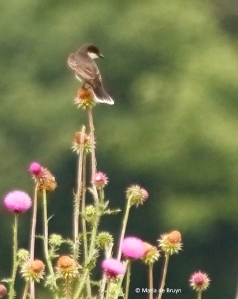 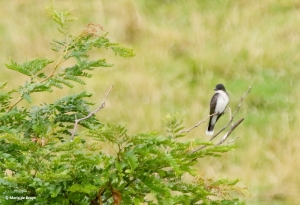 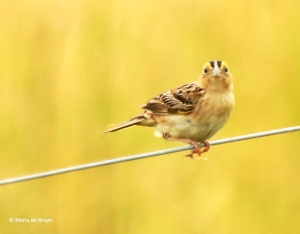 The grasshopper sparrows (Ammodramus savannarum) are numerous, which was lovely for me as this species was a lifer for me. If you approach on foot, they fly off, but Nick said they are so used to his motorized cart, they stay put as he chugs on by! 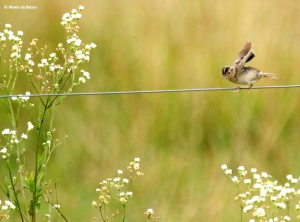 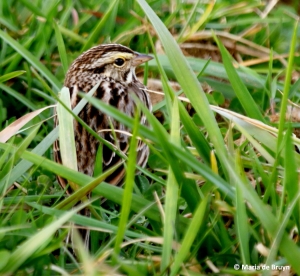 In the spring, when we had gone to see the snipes, we were lucky to see savannah sparrows (Passerculus sandwichensis) running about in the grass (I had at first thought we were seeing field mice scurrying about).

In June, a pair of orchard orioles (Icterus scpurius) had built a nest in a tree bordering one pond and I was excited to see two babies just days before they fledged. The father was feeding them and brought one baby a large cricket, which seemed to be too large for it swallow easily. Dad tried to help by pushing it down but when I left, the insect was still sticking out of baby’s mouth and its sibling was still hungry, too. 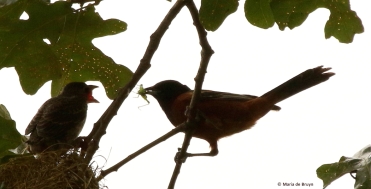 The barn swallows (Hirundo rustica) adopted an abandoned barn as their hotel of choice. When I visited in June, the young had just been fledging; they and their parents were circling the barn and resting on fences nearby, showing off their beautiful colors.

In July, a few stragglers remained in nests. Some that had taken the great leap were hanging around outside, even clutching the barn wall. 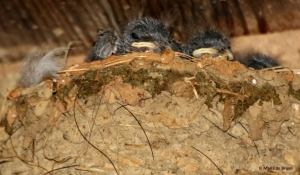 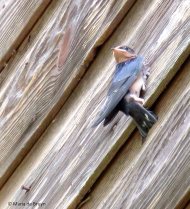 Others were enjoying the view on a wire line, together with some purple martins. 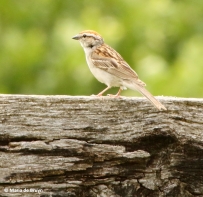 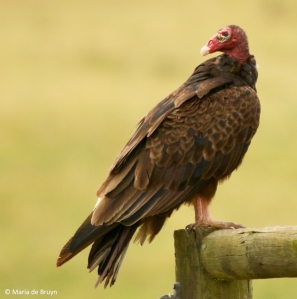 The turkey vultures (Cathartes aura) take advantage of the cattle’s well-water stations to get a drink, but then may retire to a tree branch for a bit of sunning. Nick likes them better than the black vultures, who had killed a newborn calf when its mother wasn’t taking care of it. 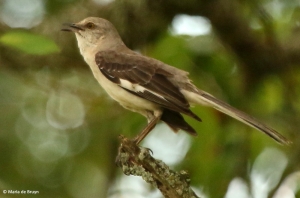 Other birds, like the Northern mockingbirds (Mimus polyglottos) and great-crested flycatchers (Myiarchus crinitus) enjoy the view from the vantage of high branches in trees. 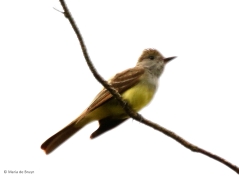 While the 500-acre farm is mostly advertised in relation to its beef and opportunities to hold events such as receptions there, the farm management is now increasingly promoting it as a place for wildlife observation as well. The biodiversity in birds, mammals, insects, reptiles and plants is wonderful and my next blog will focus on examples of the non-avian wildlife to be seen there. If you’d like to visit the farm, do contact them!