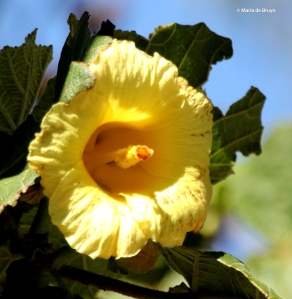 And now my Costa Rican wildlife travelogue continues after a long absence. Busy projects and chores, a vacation abroad and illness all conspired to delay the writing of this next installment, And now one of my photo software programs is refusing to work, making photo processing a real pain. But I was still able to get some shots to share of beautiful creatures in the Costa Rican Talamanca highlands. 😊

We started our fourth day early, first going out to see if we could find local favorites at sites near the Sueños del Bosque (dreams of the forest) Lodge. Located near the town of San Gerardo de Dota, the elevation is 7200 feet at this spot. A few busloads of other birding enthousiasts were also there; the guides all knew one another.

When our guide ran into his brother – also a birding guide – we were told about a spot where some spotted wood quail were hanging out. I did get a photo but it was still so dark, that the photo was not all that great. Our next venture was to a spot where the resplendent quetzal had been seen – a few people with binoculars didn’t have much trouble spotting a really distant pair of birds building a nest across a valley, but I bird with a telelens and had no such luck. So I admired the flowers and plants– and saw some very nice ones throughout the day as you can see below. 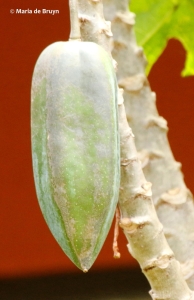 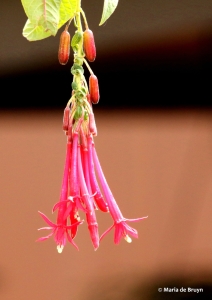 Back at the Lodge, we had time to look for birds near our rooms and the dining area. This cute little mountain elaenia (Elaenia frantzii) was a pleasure to behold. The lodge’s pond had numerous domestic ducks in residence, including a crested duck (Anas platyrhynchos domesticus). 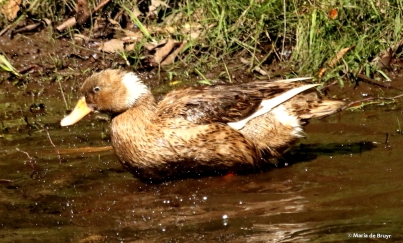 Next, we took a walk along trails leading away from the Lodge up the mountain. We passed a stream, stocked with rainbow trout, which were imported by Efraín Chacón, who discovered the Rio Savegre Valley and built the visitors’ accommodations. 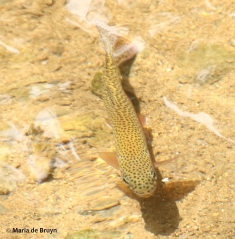 Wasp nests were hanging above our heads in the trees in several places. 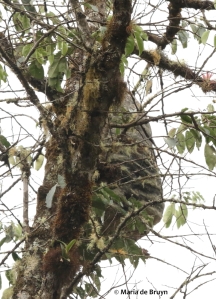 A beautiful white-throated mountain gem hummingbird (Lampornis castaneoventris) gave us a good view as it perched nearby, and a small grayish bird that I haven’t  yet identified was flitting about the flowers as well. 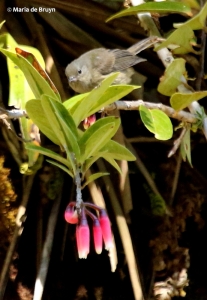 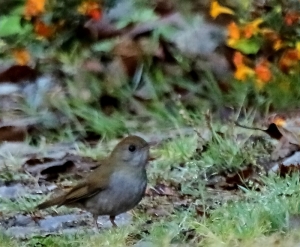 A black-billed nightingale thrush (Catharus gracilirostris) was smaller than I would have expected. Two tanagers showed themselves briefly – a sooty-capped bush tanager (Chlorospingus pileatus) and a pair of common bush tanagers (Chlorospingus flavopectus).

A rufous-collared sparrow (Zonotrichia capensis) was busy collecting material for a nest.

A hummingbird was busy having a meal, while a sulphur-winged parakeet (Pyrrhura hoffmani) had a little rest and watched us. 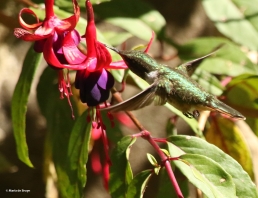 For those of us interested in all wildlife besides birds, a treat was running into an emerald swift lizard (Sceloporus malachiticus) along the trail. We admired the reptile’s beautiful colors before setting up further along the rising path. (More on this day’s excursion follows in the next blog!)